After nearly a year in development, we’re excited to announce MarketWide 5.3! This is one of our most feature-packed product releases ever, combining internal optimization improvements, user interface enhancements, email system improvements, new campaign features, and the debut of our web interface: MarketWide Online (MWO). Following is a summary of optimizations, improvements, and new features. Stay tuned for additional details.

These improvements apply globally across the entire MarketWide system.

Communications – MarketWide’s internal communication framework has been reworked to use the latest & greatest technology offered by Microsoft. Excited yet? Us too! This redesign offers a number of noticeable improvements, including:

Scheduler – MarketWide’s powerful automation features have been so popular that some clients have hundreds of scheduled jobs running night and day. All this positive attention is great but began overtaxing the system. To address this, we’ve upgraded the internal scheduling component to the latest version and added many other optimizations.

MarketWide Online – to support MWO, both architecture and interface changes have been added:

Online Business Intelligence (BI) reports can be designed by the end user using MarketWide’s Analyzer application, then saved into a new system folder called “Dashboards.” This makes the report visible through the browser interface by any user with appropriate MarketWide permissions. Options have been added to refresh the report data at a user-chosen interval. 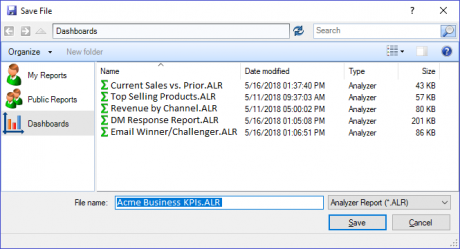 In the course of porting Analyzer output to the browser, several enhancements have been added to its charting interface – making it easier for end users to set charting options, include multiple ranges, and configure titles and legends.

MarketWide 5.3 and MWO now require a webserver running on the host. For security, the webserver can be installed within a local network and need not be accessible from the web, which will prevent Internet access.

MarketWide’s TouchPoint campaign manager has been given a lot of love, inside and out. Internal changes include:

Increased System Database Usage – TouchPoint now saves interim campaign results directly to the MarketWide System database on the server, rather than using a local external file. This generates a noticeable jump in campaign performance and user interface improvements, because of: 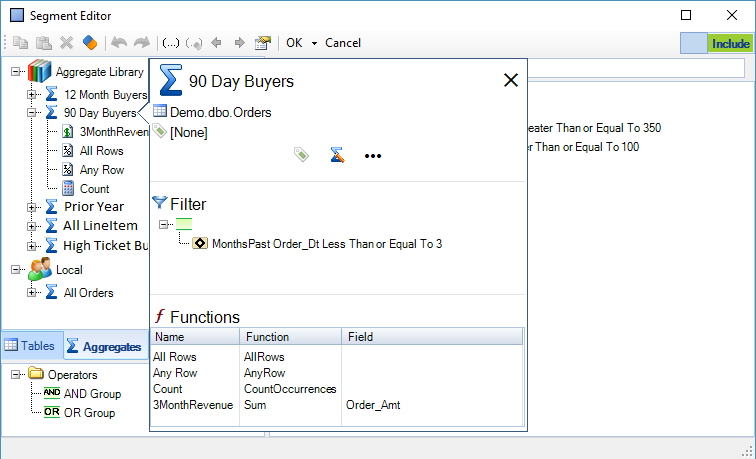 User Defined Functions (UDFs) – have been enhanced with a nifty math calculator and a “distance” function. The math calculator lets you create and name math formulas similar to Excel, then use the result in your campaign logic. The distance function returns the distance (in miles or meters) between two locations. This is handy for retail campaigns where you want to select consumers within a certain radius of a store location.

MarketFlow Journeys – this is a new feature that lets you view every step in your MarketFlow to see the underlying contacts who reached this point, along with their entire journey across previous destinations.

MarketFlow Rollbacks – by leveraging the journey feature, we’ve added an ability to “roll back” a MarketFlow to a selected point, make changes as needed, and then resume execution.

Redesigned Branch Manager – this both simplifies and augments branching within the TouchPoint MarketFlow. The new features allow marketers to create both branches as well as “GoTo” landing nodes, using powerful filtering logic. Additionally, it allows both random and ranked “Nths” to support creative testing and holdout groups.

Business Intelligence – this interface lets you build dashboards using MarketWide Analyzer, then publish your dashboard as an interactive web page, complete with pivot tables and charts.

Campaign Reports – TouchPoint campaigns can now be viewed and opened from the web.

Administrative Functions – many of MarketWide’s administrative settings have been moved to the web, including user permissions, catalog configuration, and a system health dashboard.

MarketWide’s optional email system has been completely overhauled, allowing us to take advantage of Amazon’s newest email features as well as improving performance. Changes include:

Email Data Optimization – by making greater use of the MarketWide System database, email campaigns execute with less movement of data. Previously, active campaign data was written and processed externally to the database server, and results had to be imported back in. With this change, data never leaves the server.

New Bulk Sending Features – Amazon now supports dynamic content substitution on the server side. This is a Big Deal because it lets us hand Amazon an HTML template once, then feed it an entire campaign for deployment. Before this change, Amazon made us process HTML templates locally, substitute the dynamic fields within MarketWide, then transmit over the fully formatted email. Over and over, for Every. Single. Customer.

Dedicated IP – succumbing to popular demand, Amazon finally offers dedicated IP addresses at a slight cost increase, and we have added support for this feature to MarketWide.

Learn How DSI Can Increase Your Bottom Line

This website stores cookies on your computer. These cookies are used to collect information about how you interact with our website and allow us to remember you. We use this information to improve and customize your browsing experience as well as for analytics and metrics about our visitors. To find out more about the cookies we use, see our Privacy Policy.

If you decline, your information won’t be tracked when you visit this website. A single cookie will be used in your browser to remember your preference not to be tracked.